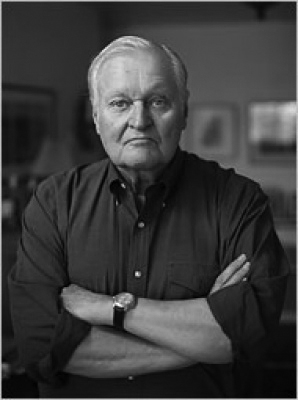 The poet, critic, and translator John Ashbery, who died on September 3rd at age 90, won nearly every major writing award, including in a single year, the Pulitzer Prize, National Book Award, and National Book Critics Circle Award. Besides writing his more than two dozen books and teaching, he served as the New York State Poet Laureate from 2000 to 2003. An experimental poet, who began as a visual artist, he was influenced early on by the French surrealists and was known—despite his disdain of labels—to be part of the informal group known as the New York School of Poets and the Language Poets. In this archive 1986 program, he reads from his Selected Poems with selections ranging from prose poems to rhyming couplets in a public presentation recorded at his commencement address to students at the Kansas City Art Institute.