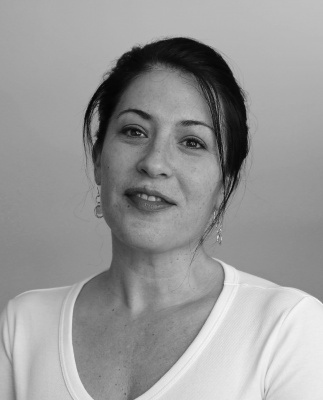 Poet Ada Limón’s world changed when she won two book prizes in 2005: the Autumn House Press Poetry Prize for a collection that became her 2006 book, Lucky Wreck, and the Pearl Poetry Prize for what became her 2007 book, This Big Fake World. A California native who lived and worked in New York City for years, Limón draws inspiration from the Sonoma Valley of her childhood, the mythologies of her Mexican grandfather’s Churascan tribe, and the visual arts. She discusses her time working for magazines, and how copywriting and poetry work together for her, and reads from her 2010 book, Sharks in the Rivers. A 2020 program with Ada Limón is also available in our audio archive.