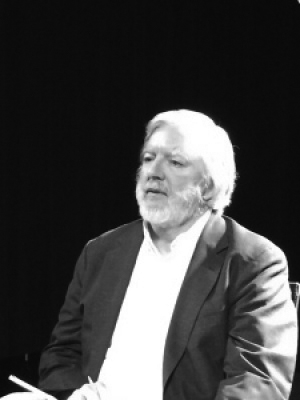 In the second half of a conversation with Georgia State Poet Laureate (2012-present) Judson Mitcham talks in front of a WUGA audience in Athens, GA, about his two novels, The Sweet Everlasting and Sabbath Creek, both winners the Townsend Prize for fiction. Mitcham’s voice is an important part of his work and he shares how his experience as a white man working at a predominantly black college has influenced his depiction of race in both novels set in his home state in different eras. Named Georgia Author of the Year as both a poet and a novelist, Mitcham was also inducted into the Georgia Writers Hall of Fame in 2013.