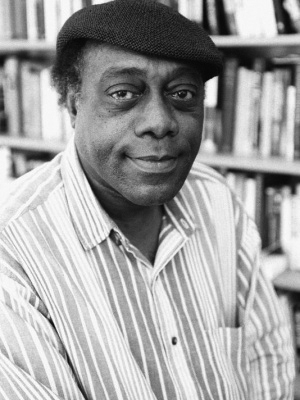 The late essayist and short story writer James Alan McPherson (1943-2016) was the first African-American to win the Pulitzer Prize in Fiction. In this 1991 archive interview with Rebekah Presson, he talks about his life as a writer, father, teacher, and more. Born and raised in Savannah, Georgia, McPherson graduated in History and English from Atlanta’s Morris Brown College, and then received his Harvard Law Degree in 1968, before pursuing his M.F.A. at the Iowa Writer’s Workshop. He later became one of the school’s most beloved professors, teaching there until his retirement in 2014. McPherson’s writing often portrayed race, family, and class issues, as in his story “A Loaf of Bread” from his 1977 Pulitzer Prize-winning collection Elbow Room, read in this program by Walter Coppage.