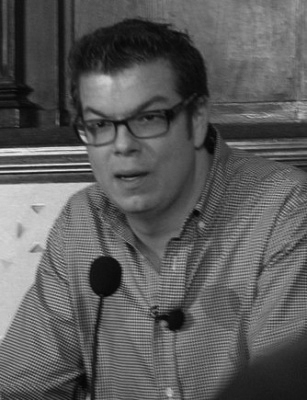 One of two creative writers chosen as a 2105 MacArthur “Genius” Fellow, Ben Lerner talks about his first two books of poetry, The Lichtenberg Figures and Angle of Yaw, which was a finalist for the 2006 National Book Award. As a poet, this Kansas native is conscious of the reader and strives to attract someone who will spend time with the work, which is filled with intricate verse and uncommon language. Co-founder of the literary journal NO, Lerner has gone on to write novels and essays. This 2007 interview gives insight into his early genius, and he reads a poem that is a precursor to some of the subject matter in his 2014 novel called 10:04.